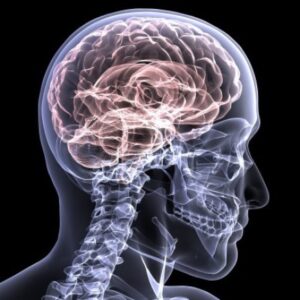 Clinicians should screen patients with suspected chronic traumatic encephalopathy (CTE)-like symptoms for treatable comorbidities that may contribute to similar symptoms.

Chronic traumatic encephalopathy (CTE) is a neurodegenerative disease that lacks diagnostic criteria, except after death. However, some clinicians may diagnose former football players with CTE even though other comorbidities may cause similar symptoms (cognitive impairment, depression). Hence, the authors enrolled 3,913 (27%) former National Football League players that participated in the league between 1960-2014 to determine the prevalence of clinician-diagnosed CTE and comorbidities that are related to cognition. Participants completed a survey regarding demographics (e.g., race, age, position), years of play (1-4 seasons, 5-9 season, or 10+ season), diagnosed health conditions (e.g., heart attack, sleep apnea, stroke, dementia, depression), and medications. The authors also asked if a health care provider diagnosed them with CTE. Lastly, the participants completed the Patient Health Questionnaire (PHQ-4) and the Quality of Life in Neurological Disorders to assess depression and cognitive symptoms, respectively. The authors found that almost 3% (108 players) of the participants reported a CTE diagnosis. A diagnosis of CTE was more common than peers among black former players, lineman, and people playing 5-9 years. Further, CTE diagnosis was more likely to be diagnosed along with obesity, sleep apnea, depression, stroke, hypertension, use of prescription pain medication, low testosterone, hypercholesterolemia, dementia, or cognitive impairment.

The authors found that despite CTE being a postmortem diagnosis, some athletes reported that clinicians diagnosed them with CTE. Furthermore, former athletes who reported a diagnosis of CTE often had other comorbidities that may explain symptoms such as impaired cognition. This is concerning because it suggests that many treatable comorbidities may be overlooked. For example, many comorbidities are known to affect cognition and impact the black population to a greater extent (hypertension, diabetes). However, we should be cautious because the authors relied on self-reported data, which could lead to a misreporting of diagnoses (e.g., under or over-reporting of comorbidities, players confusing clinician diagnosis of CTE rather than self-diagnosis). Furthermore, it is unclear if the clinicians were addressing the treatable comorbidities (e.g., obesity, prescription pain medication, sleep apnea) despite a CTE diagnosis. Currently, since medical professionals cannot diagnosis CTE in a patient nor offer a disease-modifying treatment, there is a need to evaluate former athletes for treatable conditions that demonstrate CTE-linked clinical symptoms to improve their health and wellness.

Have you heard of someone being diagnosed with CTE? Do you think treating these comorbidities could help if someone was suffering from CTE? What do you want to know about CTE diagnosis?

CTE Found In People with No History of Contact Sports
When it Comes to Chronic Traumatic Encephalopathy (CTE): Perhaps Mother Doesn’t Know Best
Could Playing Contact Sports in High School and College Increase Risk of CTE?