Too Much Glute (Max) and Not Enough Reach 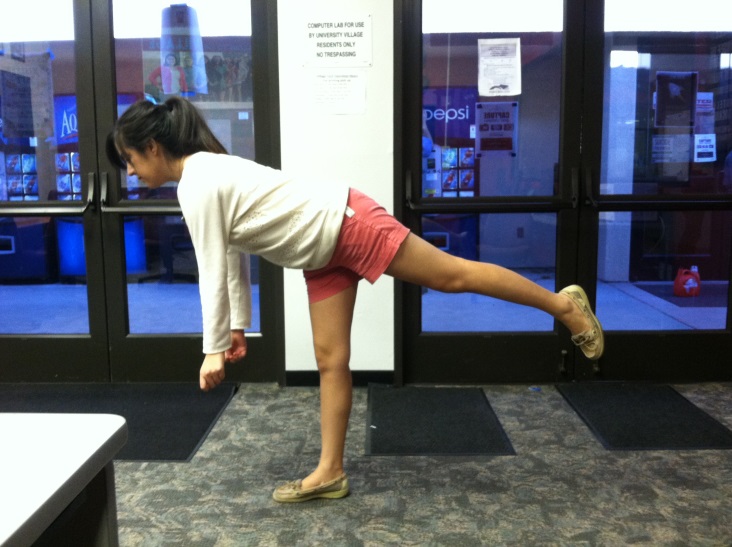 Ankle sprains are one of the most common injuries and often result in chronic ankle instability (CAI).  People with CAI often present with decreases in postural balance and strength, including around the hip. Hip muscle weakness may increase the risk of an ankle injury.  Ultrasound imaging may be a clinically feasible method to accurately assess gluteal muscle activation during dynamic postural tasks without the need for invasive procedures. These researchers conducted a cross-sectional study to compare gluteus maximus and medius activation based on ultrasound imaging during a dynamic Y-balance test between people with and without CAI. The authors recruited 20 young adults with CAI – based on the International Ankle Consortium guidelines – and 20 recreationally active people without a history of an ankle sprain. All participants completed 3 trials of the Y-balance test. Participants wore an ultrasound belt to hold the transducer at a fixed location throughout testing. The authors collected unilateral ultrasound images of the gluteal muscles during quiet stance and at the point of maximum reach during the Y-balance test. They could then estimate muscle activation by dividing the muscle thickness during the task by the thickness during quiet stance. The authors also performed motion analysis to assess hip, knee, and ankle sagittal-plane kinematics. On average, people with CAI failed to reach as far anteriorly during the Y-balance test as the control group; however, there were no differences in reaching posteriorly.  People with CAI also had a greater gluteus maximus activation ratio compared to control participants when reaching anteriorly.  The two groups had comparable ankle, knee, and hip motion.

This study is interesting because the authors reported a difference in functional muscle activation during an anterior functional reaching task in people with CAI despite having similar lower extremity movements.  People with CAI seem to have adopted a compensatory strategy to rely on the gluteus maximus for stabilization to overcome potential weakness around the ankle.  These new findings are interesting because previous research has shown decreased hip extension strength in people with CAI.  It would have been helpful to see what the muscle activity was like within surrounding muscles (hamstrings) as well as more distal muscular stabilizers such as the peroneal or tibialis anterior muscles.  Regardless, the authors recommend that asking patients with CAI to perform single-limb balance or squatting tasks may help them adopt a more favorable hip strategy during functional tasks. Another novel aspect of this study was the use of ultrasound imaging to observe muscle activation, which could offer a method for immediate biofeedback.  It would be interesting to see if cueing, or other exercises might provide a quick feedback strategy for a patient to make adjustments, and what long-term effects may occur from this feedback. In the meantime, this study offers clinicians with musculoskeletal ultrasound units a new strategy to identify potential muscle activation impairments. Furthermore, this study reminds us of the importance of addressing the entire kinetic chain when designing a rehabilitation program for someone with CAI.