Do Concussions Increase Risk of Psychological and Neurological Disorders? 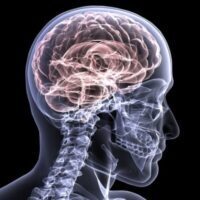 Associations between concussion and risk of diagnosis of psychological and neurological disorders: a retrospective population-based cohort study

Someone with a history of concussion had a greater risk of attention deficit hyperactivity disorder, mood and anxiety disorders, dementia, or Parkinson’s disease than someone without a concussion.

The authors of this 25-year retrospective longitudinal study found an association between a history of concussion and diagnosis of ADHD, mood and anxiety disorders, dementia, or Parkinson’s disease. The authors found these relationships even after controlling for socioeconomic status and overall health status. It is important to note that due to the retrospective research design, the specific mechanisms for this relationship remain unknown. For example, future research may clarify if a concussion may directly contribute to a person’s chance of getting dementia or if someone likely to develop dementia may have a susceptibility to a concussion (e.g., a genetic predisposition). If concussions have a direct impact on these future diagnoses, then it may be interesting to learn if how a person manages a concussion influences their risk of one of these conditions. Currently, medical professionals should be aware of this possible risk, educate at-risk populations, and have proper evidence-based protocols and management plans to enhance patient care to have positive outcomes later in life.

Are you aware of your athletes with ADHD? Do you ask or take into consideration whether or not they are being treated for ADHD in your concussion diagnosis or return to play plan?