The Benefits of Prehabilitation: Mobilizing Your Patient Before it’s too Late 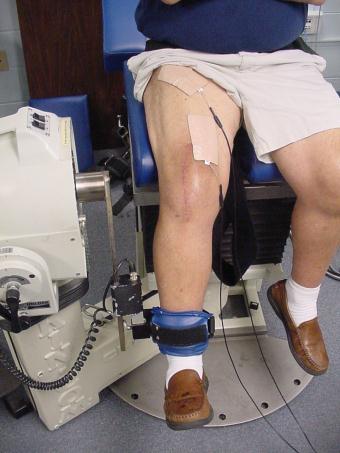 Although degenerative joint disease and total joint replacements were once considered diseases and surgeries for the elderly, they are becoming much more commonplace in the younger population. Currently there are over 500,000 total knee arthroplasties (TKA) performed each year and this number is expected to increase by 600% in the next two decades; that’s 2.5 MILLION surgeries per year! If you placed all of those prostheses on top of one another it would be enough to line Interstate 95 from New York City to Washington, DC. So it is no surprise that there has been a lot of attention paid to methods that can improve outcomes before and after knee replacement. The authors in this paper evaluated the value of “prehabilitation” before knee replacement. They analyzed functional and clinical metrics (strength, stair climbing time, repeated sit-to-stand task, 6-minute walk) before and after a 4 to 8 week exercise program in people awaiting total knee replacement. 71 patients participated and half were randomized to a control group (only received standard care) and the other half underwent a structured exercise program that included resistance training and flexibility training. They found that in the patients who participated in the exercise program had significantly greater improvements in their ability to climb stairs, perform the sit-to-stand task and also had greater quadriceps strength. These increases also did not come with a greater report of pain at any of the time points.

These findings are exceptionally important for two reasons. First, it lends support to the fact that patients, even in the presence of end-stage OA and ‘pain intractable to medicine’, can succeed in improving functional ability and strength with only a 4 to 8 week program. Second, the improvement in strength may have a positive impact on post-operative functional ability. Studies out of my lab have found a strong correlation between pre-operative knee strength and post-operative functional ability. If we can increase the strength of these patients before they undergo TKA, they may demonstrate improved functional ability and more symmetrical movement patterns after surgery. This is the first step in optimizing outcomes after TKA and revising the traditional view of the patient who is the optimal candidate for surgery. I believe that patients should not wait until they can’t get out of the house to have surgery. Patients shouldn’t wait until they gain 20 extra pounds from a sedentary lifestyle before deciding it’s time for a new joint. These patients can still exercise, even in the presence of pain. Although the authors in this study only evaluated clinical and functional metrics before surgery, pre-operative lifestyle changes that include exercise may have significant impact on post-operative function and overall quality of life for these patients. I am excited for future work that includes larger sample sizes and follows patients after surgery!
Written by: Joseph Zeni
Reviewed by: Jeffrey Driban
Related Posts:
Lose Weight to Reduce Knee Pain
Perturbation and Agility Training for Knee Osteoarthritis
Former Male Elite Athletes May Have a Higher Prevalence of Hip and Knee Osteoarthritis
Walking May Protect Joint Cartilage in Patients At-Risk for Knee Osteoarthritis