A Mild Traumatic Brain Injury May Be Just the Beginning 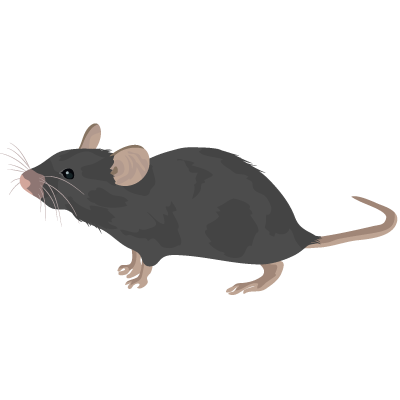 Long-term behavioral and cognitive impairments
following repetitive mild traumatic brain injury (mTBI) are a health concern.
Despite evidence that concussions are associated with late neurodegenerative
pathologies, there are limited models exploring the persistent and evolving
consequences of these repeated mTBIs. Therefore, the authors completed behavioral
and neuropathological assessments at 24 months after either single mTBI (7
mice), repeated mTBI (7 mice; 5 impacts 48 hours in between), single sham (8
mice), or repeated sham (7 mice) using a closehead mTBI rodent model. The authors defined a mTBI as having a short period
of posttraumatic signs/symptoms, no skull fracture, and no major hemorrhages.
Sham mice were exposed to same procedures (e.g., anesthesia) but without the
head impact. Three mice from each group were assigned to biochemical analysis,
and the remaining mice were processed for histological examination. Behavior
and histological analysis started 2 years after the last hit/anesthesia. The
researchers used common tests to study motor function, cognition, and anxiety
(see links for specific tests). The authors found
that single and repeated mTBI mice had impaired cognition (traveling 38 or 45% farther
to find a target box) compared to their respective sham counterparts. The
authors also identified that the repeated mTBI mice had more anxiety compared with
their sham counter parts. However, the authors found no differences between
groups in motor function. Structurally, the authors found that both the single
and repeated impact mice had a reduction in white matter integrity and
thickness compared to their sham counterparts. The authors also identified an
increase in neuroinflammation in
both single and repeated impact mice compared to their respective sham controls;
however, there was no injury effect on tau phosphorylation.
The
authors evaluated the behavioral and neuropathological consequences of a single
and repetitive brain injury over the life span of 14 mice, and found that both result
in long-term problems at varying levels. Repetitive mTBI mice displayed poorer
scores on cognition (the maze exams) as well as displayed worsening
degeneration on the histological analysis compared to single mTBI mice. The
repetitive mTBI mice demonstrated increased risk seeking, which is a sign of
anxiety following trauma. Though, none of the mice demonstrated long-term motor
deficits this may suggest that similar to humans motor control deficits are
typically seen acutely and return to normal fairly quickly. The authors also
found notable white matter thinning and neuroinflammation within the single and
repetitive mTBI mice; however, there was no abnormal tau phosphorylation, which suggest no sign
of chronic traumatic encephalopathy. Overall, the authors concluded that even
one mTBI can result in harmful consequences later in life. Currently, medical
professionals should be aware of this complex injury and recognize mTBIs as
potential chronic health condition. In addition, medical professionals should consider
rehabilitation services and treatments, and seek therapeutic activities that
could be used over the life span of an athlete to promote healthy brain
function.
Questions
for Discussion: Should we be
following up with our athletes after they return to play? If so, what do you
think the protocol should look like? Are there long-term rehabilitation
exercise we could be using to help our athletes following a concussion?
Written by: Jane McDevitt, PhD
Reviewed
by: Jeff Driban
Related Posts:
Higher Heading Counts May Impair Memory and Brain Tissue
Recovery Time Influences Cognitive Function After Multiple Concussions
Cognitive Effect of One Season of Head Impacts
Persistent Motor System Abnormalities in Formerly Concussed Athletes
Multiple Concussions Cause Long-Term Symptoms in High School Athletes