A Closer Look at Concussions 2016-2020: Increasing Prevalence and Sex Differences 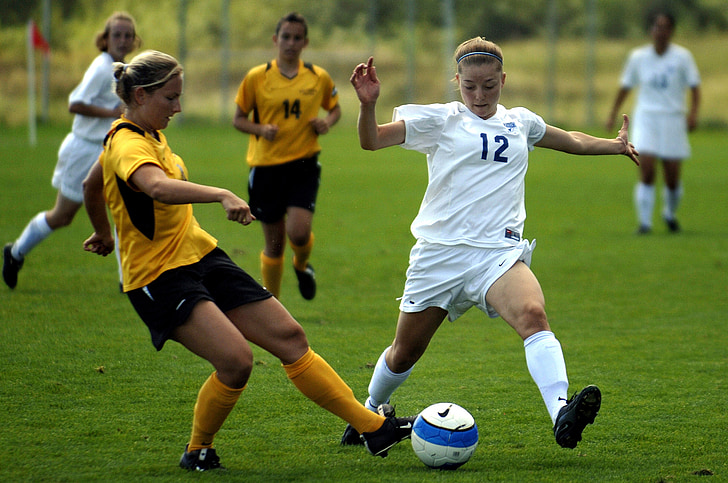 Trends in the Prevalence of Concussion Reported by US Adolescents, 2016-2020

Association of Sex With Adolescent Soccer Concussion Incidence and Characteristics.

There are concerns over the effects of repetitive head impacts and concussions on adolescent’s brain health. Understanding concussion risk and factors contributing to concussion risk (e.g., sex, mechanism of injury, management) could help shape concussion education, prevention, and management strategies. However, we know little about recent changes in the national prevalence rates of concussion among adolescents and the differences between males and females.

Veliz et al. estimated trends in the lifetime prevalence of self-reported concussions among a national sample of adolescents between 2016 to 2020. Meanwhile, Bretzin et al. sought to compare sex-associated differences in concussion risk and management among soccer athletes in the Michigan High School Athletic Association (MHSAA) from 2016 to 2019.

Veliz et al. used national data from February 2016 to March 2020 Monitoring the Future Initiative, an annual school-based survey of 8th, 10th, and 12th graders. For this study, the authors assessed changes over time to the answer to “Have you ever had a head injury that was diagnosed as a concussion?”

Bretzin et al. provided a more nuanced view of sex differences among soccer athletes in Michigan. Specifically, they used data from the MHSAA head injury report system to assess all high school (9th to 12th grade) soccer athletes from Michigan for 3 academic years (2016-17 to 2018-19). All MHSAA concussions in this system require confirmation by a medical professional.

Bretzin et al. followed 43,741 male and 39,637 female soccer players, recording 1,507 soccer-related concussions (63% female). The overall incidence of a documented concussion was 1.8 per 100 athletes per season. Furthermore, a female athlete had almost 2x the risk of a concussion than a male soccer athlete. Typically females suffered a concussion after contact with an object (42%), whereas males often sustained a concussion after contacting another person (48%). Lastly, females took ~2 days longer to recover and were ~50% less likely to be immediately removed from activity.

Clinicians and policymakers need to know the latest trends in concussions to understand what is happening now instead of relying on older data, especially since concussion awareness, education, and policies are constantly changing. Between 2016 and 2020, the estimated percentage of adolescents reporting a diagnosed concussion increased ~5%. This increase could be attributed to increased media attention, better education strategies, and increased awareness of mechanism and symptomatology. While Veliz et al. reported that more boys overall reported at least one concussion, Bretzin et al. found that within soccer, females had a greater risk of concussion than their male soccer counterparts. Furthermore, Bretzin and colleagues also noted that mechanism of injury and management differed between sexes. It would be interesting to investigate if there were differences between number of games a medical professional was working at male soccer games compared with female soccer games. Finally, the authors noted that the prolonged recovery time might be partly attributable to females being less likely to be removed from activity. However, we cannot rule out that these differences are also related to differences between sexes in reporting behaviors or how healthcare providers treat each sex.

Medical professionals should be aware of the concussion risk trends and acknowledge the sport and sex differences. These finding highlights the need for clinicians and policymakers to appreciate that male students may report more overall concussions – perhaps because of sports like football – but females may be at greater risk within specific sports. Therefore, risk-reduction strategies for sport-related concussions may require sex-specific interventions or guidance on proper biomechanics (heading ball, falling) to reduce concussion risk.